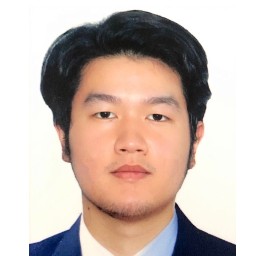 PHD Research - Ponpot Jartnillaphand is a PhD Student in Mathematical Science at Curtin University with a strong interest in optimisation.

He obtained his bachelor's degree in industrial optimisation and data science.

He has a fundamental background in operations research and skills in data visualisation, which is evidenced by his recent AMSI summer project and HIVE project. He is passionate about applying mathematical techniques to solve real world problems.

In the Centre, Ponpot completed his Honours on a “Solution methods for crew rostering problem” He applied a logic-based decomposition approach to solve the crew rostering optimisation under the supervision of Dr.Hoa Bui and Prof. Ryan Loxton.

Personnel scheduling involves determining the optimal schedules for workers to do their jobs. The schedule has to ensure the demands for services of the organisation are met, and their costs are kept at their minimum. In other words, personnel scheduling can be viewed as an optimisation problem specifically designed to satisfy an organisation's different business requirements.

Ponpot is focusing his PhD research on developing an optimisation model for the personnel scheduling problem with the objective of maximising the number of completed jobs subject to various operational and logical constraints. Ponpots' honours project showed that the performance of the logic-based Benders' decomposition method was significantly better than CPLEX for solving the original model. However, due to the limited time of the honours year (one year), he could not explore more logic-based approaches that would be suitable for the given problem.

In his PhD, Ponpot is planning to develop improved methods to solve this scheduling issue for industry.